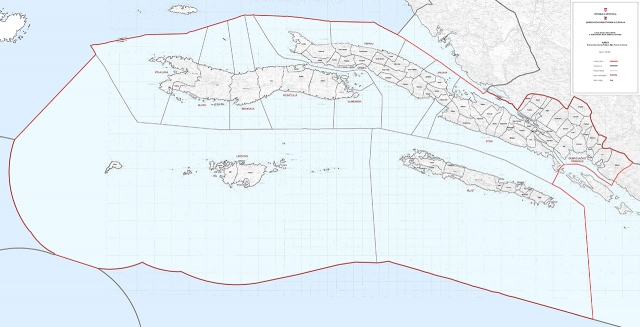 LAG 5 is an NGO founded with the purpose to implement the LEADER approach in south Croatia. LEADER (Acronym derived from French: "Liaison Entre Actions de Développement de l'Économie Rurale") is an acronym that stands for "links between actions for the development of the rural economy".

Our mission is to create a LAG 5 community with a competitive economy, high quality of life and attractive preserved cultural heritage whose development is based on traditional values and sustainable development.

LAG 5 stretches on 5,166 km2 of land area in the Dubrovnik-Neretva County. It covers five areas: Dubrovnik West Coast, peninsula of Pelješac, islands of Mljet, Korčula and Lastovo comprising the territory of 12 local authorities: Municipality of Dubrovnik West Coast, Ston, Janjina, Trpanj, Orebić, Mljet, Lumbarda, Smokvica, Blato,Vela Luka, Lastovo and Town of Korčula. Our administrative structure is formed from the following bodies: the President and Vice President, Steering Committee and the Supervisory Board. They are chosen according to the LEADER principles by the LAG 5 General Assembly for the period of two years and can be re-elected. They participate as volunteers. Manager that is chosen by the Steering Committee for the period of four years and can be re-elected. Manager is employed in the organisation.

LAG 5 is an accredited body to implement LEADER approach in Croatia and is therefore establishment of of local partnerships (local action groups - LAGs) who link local stakeholders from all three sectors. Our task is creating and implementing local development strategies, making decisions on the allocation of available funds and management of the funds.